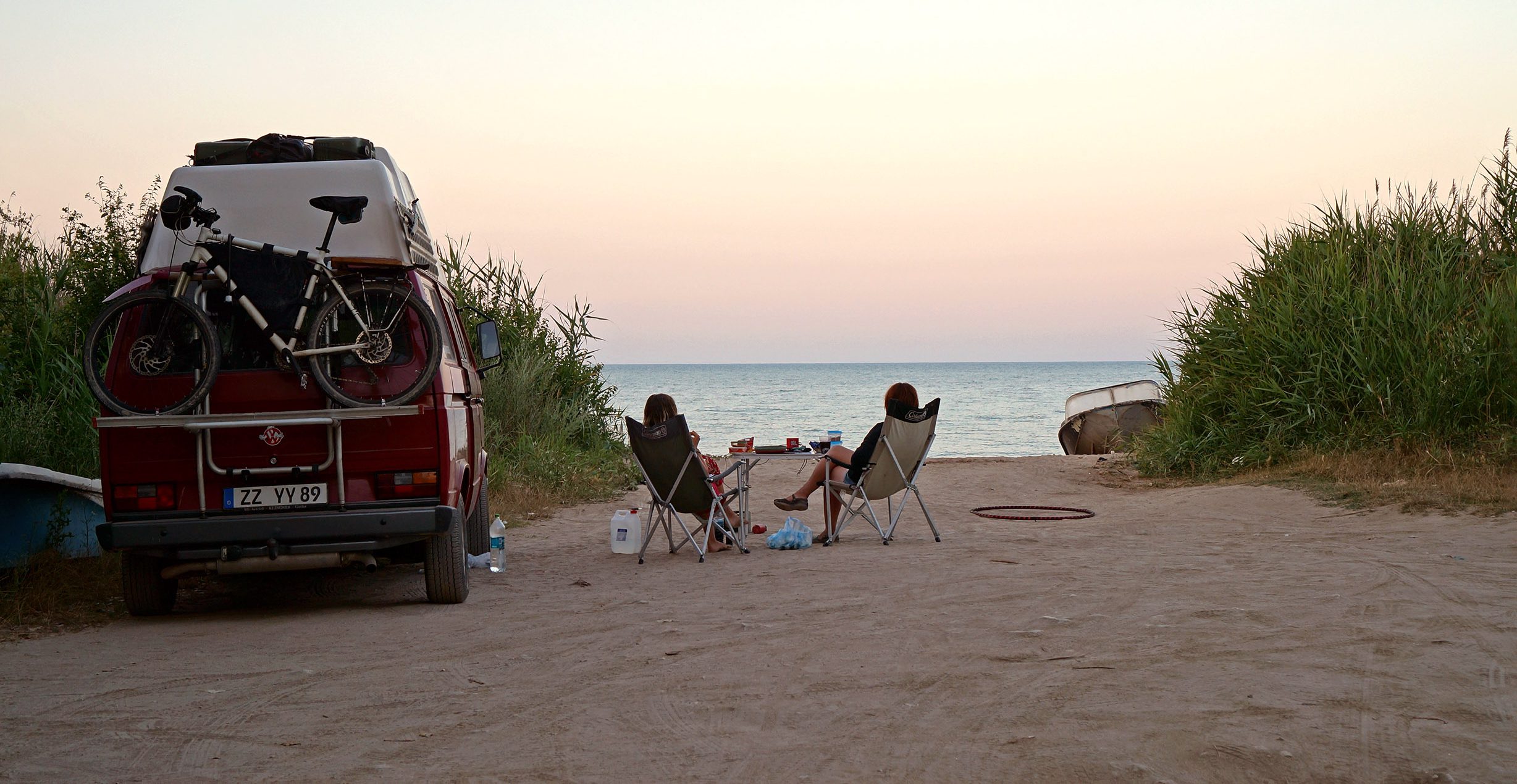 My original plan was to pass through Bulgaria just to transit to Turkey and proceed further east. I learned now that plans are generally overrated and so my journey back west started. To Plovdiv, and then south east again. I wasn’t prepared for the surprises Bulgaria had to offer, not all of them positive unfortunately.

After passing the border without any problems together with Anja from Couchsurfing  who joined me for a bit in Varma Veche we didn’t head far that day. In Kawarna we met with Ekatherina from Couchsurfing who was crossing our path on her way to Romania. Together we spent an amazing time right at the beach (43.3817, 28469954), so close to the Black Sea you had to be careful not to fall in at night. Of course it feels good to be traveling with two girls, but even better is the look on the other guys faces when they both get out of my old Vanagon :) Don’t need no Porsche or Ferrari, get an old Van ;) We spent two nights with good music, dancing and sleeping on the beach, food and wine from the local market. Unfortunately we ran out in the middle of the night and went searching for a small supermarket to buy some more. We had fun, I’m not sure the people at the supermarket shared our festive mood. :) On the morning third morning we had to split ways and headed off in different directions. I always hate to say goodbye and this was no exception, we promised to try and meet again along our journeys. After spending more than two weeks on different beaches in Romania and Bulgaria these past days we came to Varna in Bulgaria and decided to immediately leave again after taking a small lunch break. If you have experienced the solitude and joy of the natural beaches, being in a city again makes you miss them instantly. 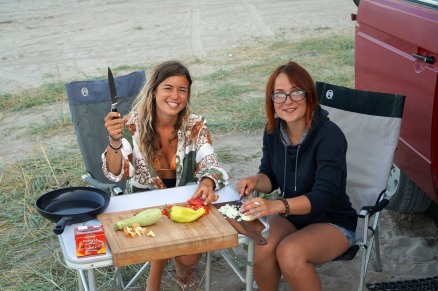 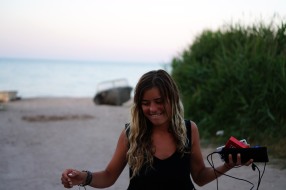 Moving west further away from the coast we arrived in Schumen. Since I didn’t plan to visit Bulgaria I had really no idea what to see and do in the city. Anja suggested to visit some monument up in the mountain next to the city. It was a little off the route and I wasn’t to exited at first driving up into the hills with the sun already setting. It’s really no fun at all trying to find a place to park and sleep once it’s dark. When we arrived at the place it was quite breathtaking. The sheer dimensions of the monument together with the setting sun was really impressive. On top we found a nice place to park right next to it. So if you ever happen to be in Schumen, Bulgaria make sure to see the monument on the mountain. The next morning we continued to go to Weliko Tarnowo were our ways would part because Anja was heading to Sofia and going home afterwards while I had a recommendation for a few really nice natural places in the area to visit. In Weliko Tarnowo we couldn’t visit the historic castle because we got there to late and the grumpy guard told us to get lost. Appearantly more people didn’t know about the closing time because there was quite a crowd gathering trying to get in as well. Selfie with castle and off we go then :) So this was the end of our joined adventure and I was by myself again enjoying the solitude, but missing the both off them already. These few days at the beach and in Schumen really left me with some memories that will last me a lifetime! Thank you Disco – Disco, Party – Party (Anja) and Gorrrrgeous (Ekaterina) :) 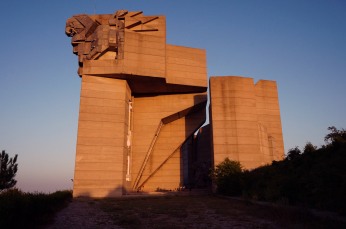 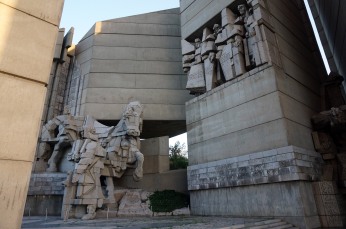 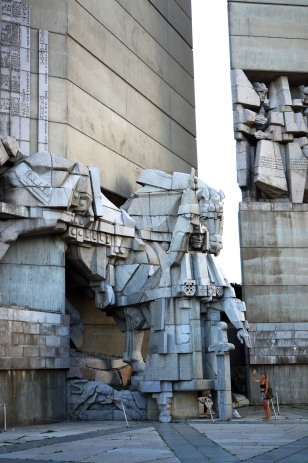 The natural highlight of my trip to Bulgaria was the visit of Devetashka Cave (43.233545, 24.885596) and the area around Urushka Maara (43.245001, 25.029166). In case you never heard of Devetashka Cave, neither have I, but you have seen it if you watched the movie “The untouchables” if you haven’t I made some pictures for you. Part of the cave was off limits due to bats living in it, so this limited it quite a bit, but I support that practice! I got to the place really early and so I had about half an hour all by myself there before the first tourists arrived. I would have never thought that such a place exists here right at our doorstep in Europe. On my way to Urushka Maara I saw that there is another cave along the way which I wanted to look at. There was nothing there, but it was big enough to drive with the car into it, what I of course did. A few kilometers before the bus has become quite loud all of a sudden, it was gradually becoming louder for a few weeks because the exhaust welding was tearing due to the bad road conditions tossing it around. Well, I was waiting long enough until it broke completely of course :/ Now I used the cool environment (Not to excited to lay on hot concrete to fix it) of the cave to temporarily fix it… Mac Gyver style with some wire of course. After wards I proceeded to the waterfall at Urushka Maara. Again I was surprised by the natural beauty of the place, when I was there I felt like being in central or south America. There is a nice place to park the van right at the entrance to the park which also provided me with some nice neighbors who invited me over for some wine later in the evening. I really have to be careful not to become an alcoholic on this tour. 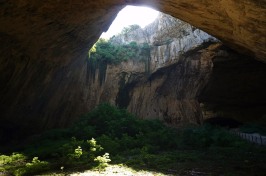 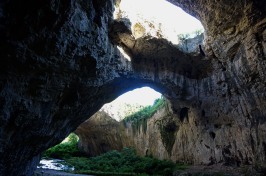 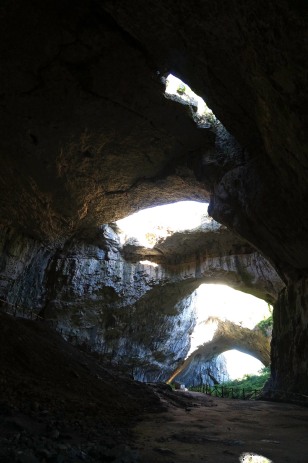 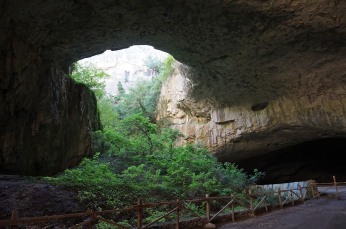 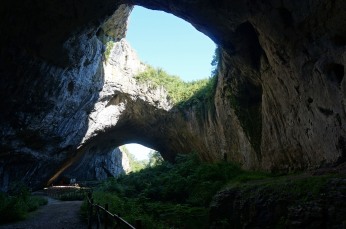 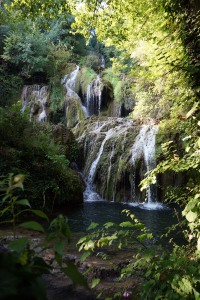 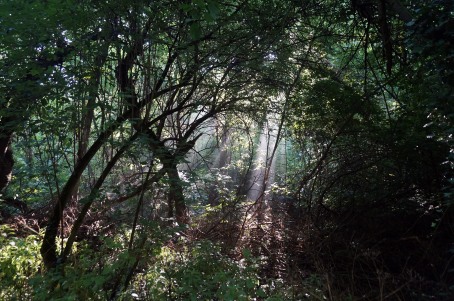 After enjoying the beaches and the natural beauty of the country I was going for some historical and cultural highlights next. So next time it will be all about communist UFO’s, Roman ancestors and spending extended time with the local police.

2 thoughts on “Bulgaria I”